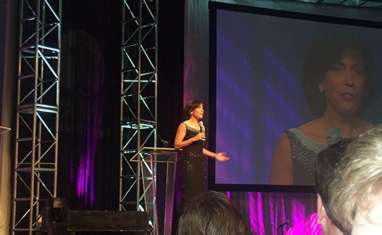 The CPAE Speaker Hall of Fame is the prestigious lifetime award for speaking excellence and professionalism. It is not a designation. It is the highest professional speaking award given to speakers who have been evaluated by their peers and judged to be among the top professionals in the speaking profession. Past recipients include: Ken Blanchard, Art Linkletter, Harvey Mackay, Brian Tracy, Zig Ziglar, Don Hutson and Tony Alessandra 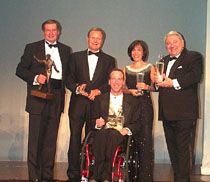 About the National Speakers Association

The National Speakers Association (NSA) is an international association for experts who speak professionally. NSA members include experts in a variety of industries and disciplines, who reach audiences as trainers, educators, humorists, motivators, consultants and authors. For more than 40 years, NSA has provided resources and education designed to enhance the business acumen and platform performance of professional speakers.

Women Changing The World Award in the area of empowerment